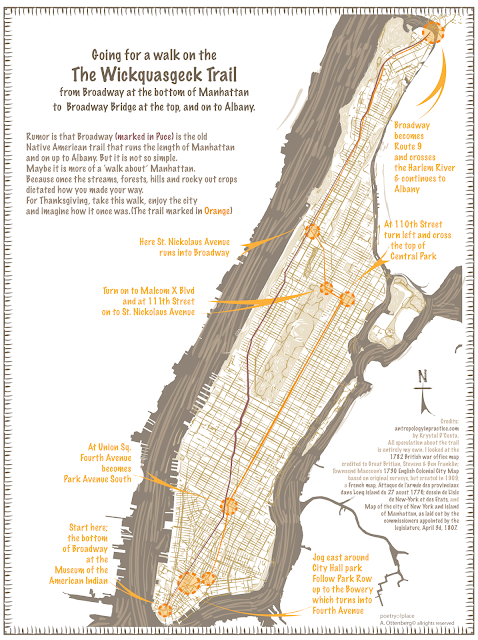 When I first looked into where the original Native American trail was on Manhattan, Broadway (marked in Puce) was what turned up on Wikipedia. But I looked at some old maps as well, and it seemed that the trail was not so direct. The topography, streams, forests, hills and rocky out crops all affected the path north.There is an interesting 1782 British War Office map credited to Great Britain, Stevens & Ben Franklin that shows original paths, forts, streams and hills for the length of Manhattan. (Many early Manhattan maps are just the southern tip) Also a posting by Krystal D’Costa at antropologyinpractice.com talked about the original trail not being present day Broadway.

Currently I think several different streets go along the Wiskquasgeck trail. The old topography is there, below the surface. Look for it. On my map, the trail follows the streets marked in Orange. 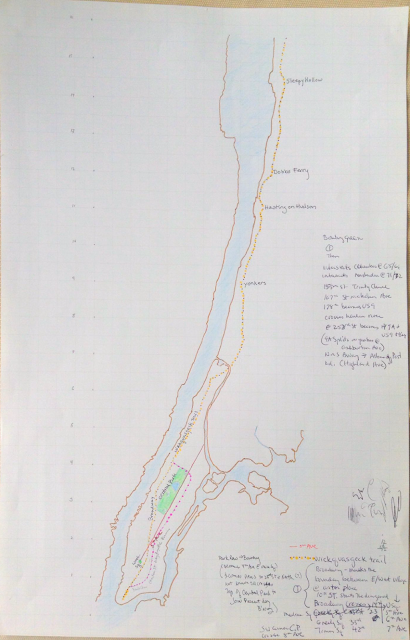 Here is the first sketch I did for it, a year or so ago. 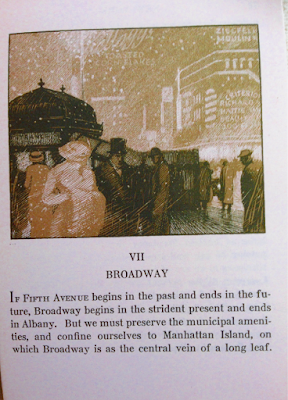 What got me thinking about it again was this postcard from the Morgan Library.

This postcard is a page from New York: a series of wood engravings, by Ralph Ruzicka
with prose impressions of the city by Walter Prichard Eaton. 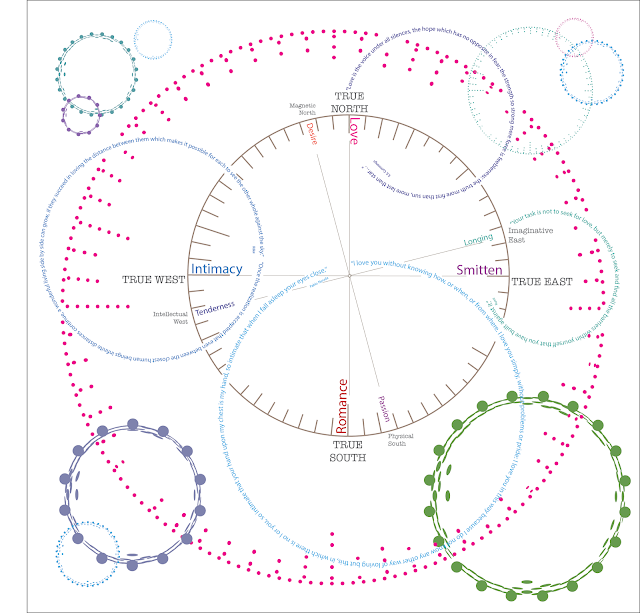