Mount Washington in New Hampshire famously has the worst weather in America. My first visit up (last summer) the fog was so dense you couldn't see your hand in front of your face. So when I went up this week it was glorious to see the views to Maine, Vermont, and across the state. 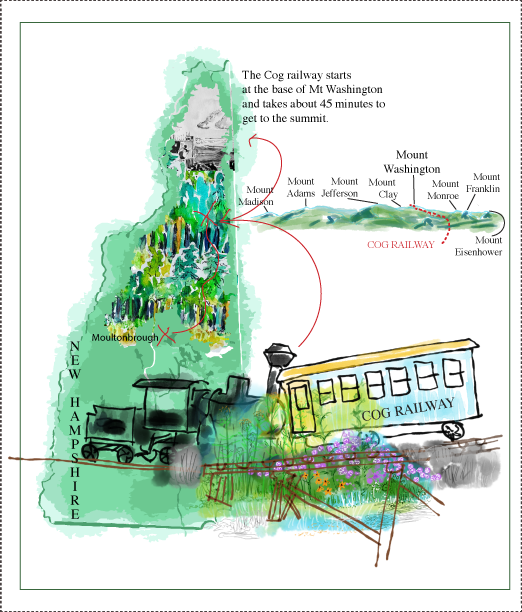 A cog railway has a central toothed wheel that engages with a track in the center of the rails. The side rails that the wheels are on are for the balance of the train. Cog railways are for very steep slopes. We learned all this from our charming conductor on the way up. On the way down, our conductor was a bit more dramatic. He told us of the many deaths on Mount Washington. How often they happened, and the various forms according to season.
Apparently, the workers on the top of Mt Washington used to toboggan on a board down the mountain on the rails. That 45 minute trip could take 15 minutes. The fastest was just over 3 minutes. But often it resulted in injury and sometimes death.
Email Post